The terrorist apparently disguised himself as an Jewish ultra-Orthodox and was armed with a submachine gun.

The video here is after the attack where you hear the shooting of Israeli security.

Other reports that the other fugitive terrorist was spotted with a knife. The terrorists in this way disguised themselves as ultra-Orthodox 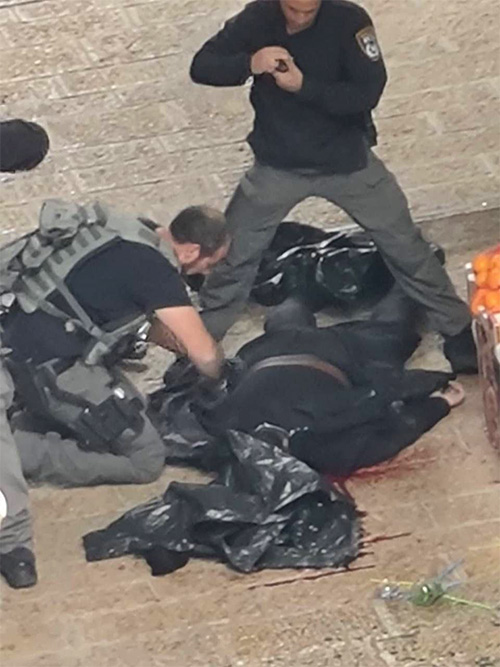 Picture of the body of one of the terrorists