Official PA TV and guests on its program Anew completely ignored the fact that the terror organizations Hamas and Islamic Jihad fired over 4,300 rockets into Israel from the Gaza Strip in May 2021, killing 12 and wounding hundreds, when discussing Israel’s response to the rockets. Whereas Israel's response targeted the terror leaders and terror infrastructure in the Strip, PA TV, and the guests claimed it was a deliberate way to harm Palestinian civilians by targeting Gaza’s agriculture.

Interviewing a nursery owner and a farmer in Gaza, a PA TV host libeled and demonized Israel, suggesting that during the Fatah/Hamas riot and rocket war earlier this year Israel intentionally bombed agricultural nurseries to put an end to Gaza farming. The nursery owner and farmer both readily concurred: 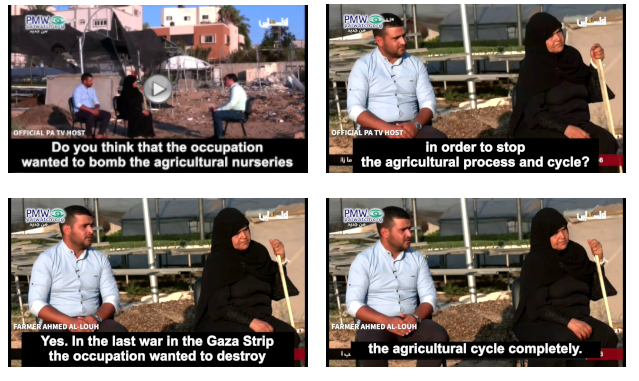 However, when responding to rockets fired from the Gaza Strip, Israel only attacks military targets. By contrast, Hamas and Islamic Jihad deliberately fire missiles from civilian areas, using the civilians as human shields and their property as cover.

Ironically, PA TV itself admitted during the war that Israel warned Gazan civilians to leave buildings before attacks: 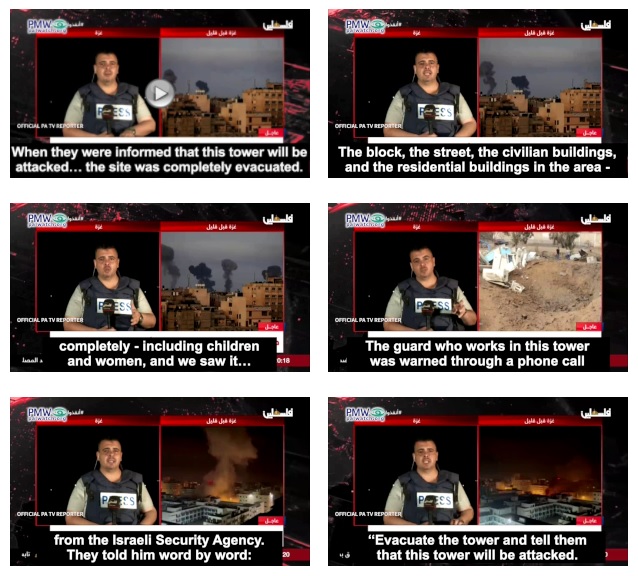 As Palestinian Media Watch documented, Fatah recently criticized Hamas for its continued storage of explosives in civilian buildings and public places after an explosion in a market killed one and wounded several: 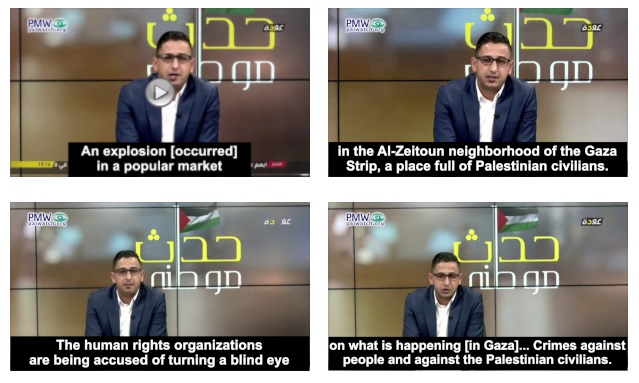