In Iran, the urgency of getting vaccinated against COVID-19 is growing by the day.

A crush of new cases fueled by the fast-spreading delta variant has threatened to overwhelm Iranian hospitals with breathless patients too numerous to handle. But as deaths mount, and the sense swells that protection for most citizens remains far-off, thousands of desperate Iranians are taking matters into their own hands: They're flocking to neighboring Armenia.

In the ex-Soviet Caucasus nation, where vaccine uptake has remained sluggish amid widespread vaccine hesitancy, authorities have been doling out free doses to foreign visitors – a boon for Iranians afraid for their lives and sick of waiting.

"I just want her to get the jab as soon as possible," said Ahmad Reza Bagheri, a 23-year-old jeweler at a bus stop in Tehran, gesturing to his diabetic mother who he was joining on the winding 20-hour road trip to Armenia's capital, Yerevan.

Bagheri's uncle had already received his first dose in the city and would soon get his second. Such stories have dominated Iranian social media in recent weeks, as hordes of Iranians head to Armenia by bus and plane. Acting Armenian Prime Minister Nikol Pashinyan said last week that foreigners, including residents, have accounted for up to half of about 110,000 people who were vaccinated in the country. Armenia administers AstraZeneca, Russia's Sputnik V and China's CoronaVac vaccines.

In Iran, which has the highest COVID-19 death toll in the Middle East, less than 2% of the country's 84 million people have received both doses, according to the scientific publication Our World in Data.

Although the sanctions-hit country has imported some Russian and Chinese vaccines, joined the UN-supported COVAX program for vaccine sharing and developed three of its own vaccines, doses remain scarce. Authorities have yet to inoculate nonmedical workers and those under age 60, promising that mass vaccinations will start in September.

"I can't wait such a long time for vaccination," said Ali Saeedi, a 39-year-old garment trader also waiting to embark on the journey at a Tehran bus station. "Officials have delayed their plans for public vaccination many times. I'm going to Armenia to make it happen."

The surge of Iranians has inundated Armenia's coronavirus testing centers, leaving scores stranded in the buffer zone, Iranian semiofficial ILNA news agency reported, with several fainting from the heat. Roughly 160 kilometers (100 miles) away in Yerevan, hundreds of Iranians lined up to get a vaccine shot, with some sleeping on the streets to secure a place.

Hope sustains them through the long lines under an unforgiving sun. In the streets of the Armenian capital, Iranians cavort to Farsi music outside vaccine centers, clapping as they receive doses, videos show. 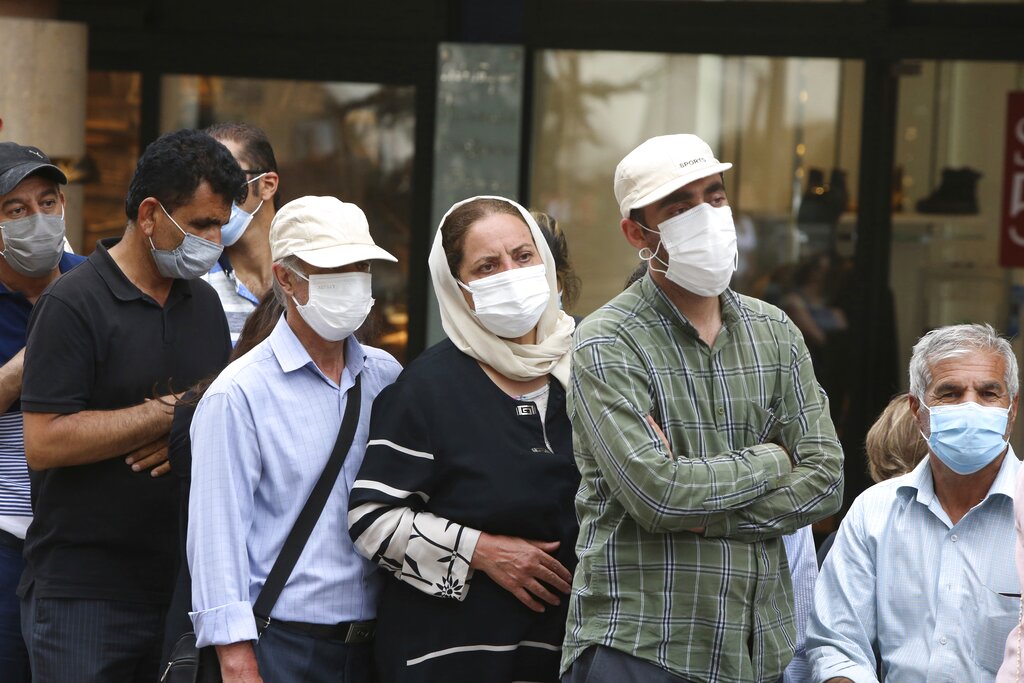 But even as Armenian authorities encourage vaccination tourism, the sheer number of Iranians flooding vaccination centers has pushed Armenia to tighten the rules.

But last week the government decreed that foreign visitors can only receive a jab at five designated AstraZeneca mobile clinics in Yerevan, and, in an apparent bid to boost the country's tourist sector that took effect Thursday, must spend at least 10 days in Armenia before getting vaccinated.

After the new rule entered force, the crowds of Iranians waiting in the streets of Yerevan to get the shot in Yerevan dispersed but medical workers said that many have booked vaccinations for the following days in compliance with the 10-day minimal stay requirement.

But for many in Iran, where scores are dying daily in an outbreak that has exhausted the health system and economy, the cost of waiting has grown too high.