This unique salt lake is shrinking at an alarming rate. Can it survive? Experts explain the problems and proposed solutions that could keep this natural wonder alive.

Hundreds of people undressed for a nude photo shoot last week to bring attention to the Dead Sea, a unique body of water bordered by Israel and Jordan at the lowest point on Earth – 420 meters (1,380 feet) below sea level.

The Dead Sea (The Salt Sea in Hebrew) is the deepest hypersaline lake in the world, 27 times denser than Utah’s Great Salt Lake.

Tourists and Israelis alike love bobbing in the mineral-rich water, slathering on its healing mud and using cosmetics made from its extracts. The water and even the ambient air have proven health benefits for everything from asthma to psoriasis.

The problem is that the Dead Sea has been shrinking at an alarming pace, losing more than a meter (some 40 inches) of water per year for a total of 25 meters since the 1990s, according to EcoPeace Middle East. Giant sinkholes have swallowed up several beaches. 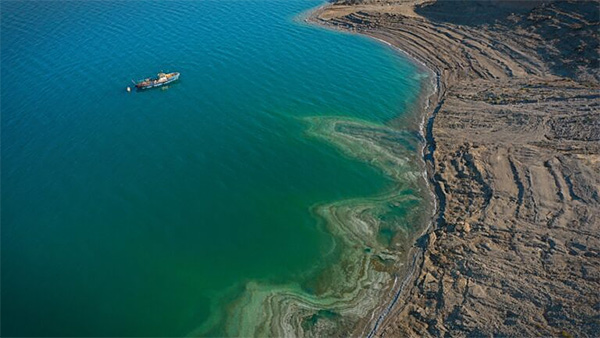 ISRAEL21c asked several experts to explain the Dead Sea’s troubles and what can be done to ensure the beloved lake won’t disappear.

Spoiler alert: The Dead Sea surely is shrinking but it is not "dying".