On an island surrounded by the narrow waterways of the Chebayesh Marshes in southern Iraq, Sabah Thamer al-Baher rises with the sun to milk his herd of water buffalo.

This summer has been tough for Baher, a father of two. Iraq's 2020-2021 rainfall season was the second driest in 40 years, according to the United Nations, causing the salinity of the wetlands to rise to dangerous levels.

Animals fell sick and died, and Baher was forced to buy fresh drinking water for his own herd of around 20 buffaloes, his only source of income.

Another drought is predicted for 2023 as climate change, pollution and upstream damming keep Iraq trapped in a cycle of recurring water crises.

"The marshes are our life. If droughts persist, we will stop to exist, because our whole life depends on water and raising water buffaloes," said 37-year-old Baher.

Baher and his family are Marsh Arabs, the wetlands' indigenous population that was displaced in the 1990s when Saddam Hussein dammed and drained the marshes to flush out rebels hiding in the reeds. 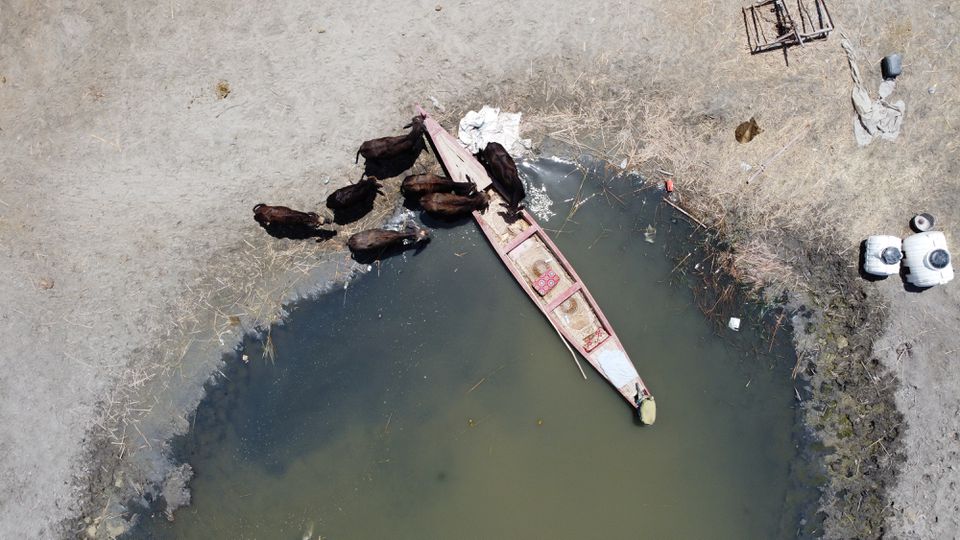 After his overthrow in 2003, the marshes were partly reflooded and many Marsh Arabs returned, including Baher's family.

However, conditions have pushed the wetlands' fragile ecosystem off balance, endangering biodiversity and livelihoods, said Jassim al-Asadi, an environmentalist born in the marshes.

"The less water, the saltier it is," Christophe Chauveau, a French veterinarian who surveyed the marshes for Agronomists and Veterinarians Without Borders said, adding that buffalos drink less and produce less milk when the water quality drops.

According to the Max Planck Institute, the temperature rise in the Middle East during summer has been more than 0.5 degrees Celsius per decade - about twice as high as the global average.

Iraq's neighbours are also suffering from droughts and rising temperatures, which has led to regional water disputes. The water ministry said earlier this year that water flows from Iran and Turkey were reduced by 50 percent throughout the summer.

Then there is the matter of pollution coming from upstream. In 2019, the government said that 5 million cubic metres a day of raw sewage water were being pumped directly into the Tigris, one of the rivers that feed Iraq's marshes.

Environmentalist Azzam Alwash said there was an urgent need for Iraq to commit to a long-term water management strategy as its fast-growing population of nearly 40 million is estimated to double by 2050.

Aoun Dhiab, spokesperson for the water ministry, said the government's strategy was to preserve the deeper, permanent water bodies of the marshes across a minimum of 2,800 square kilometres (1080 square miles).

"This is what we are planning, to preserve the permanent water bodies to protect the ecological resources and fish stock," he said. 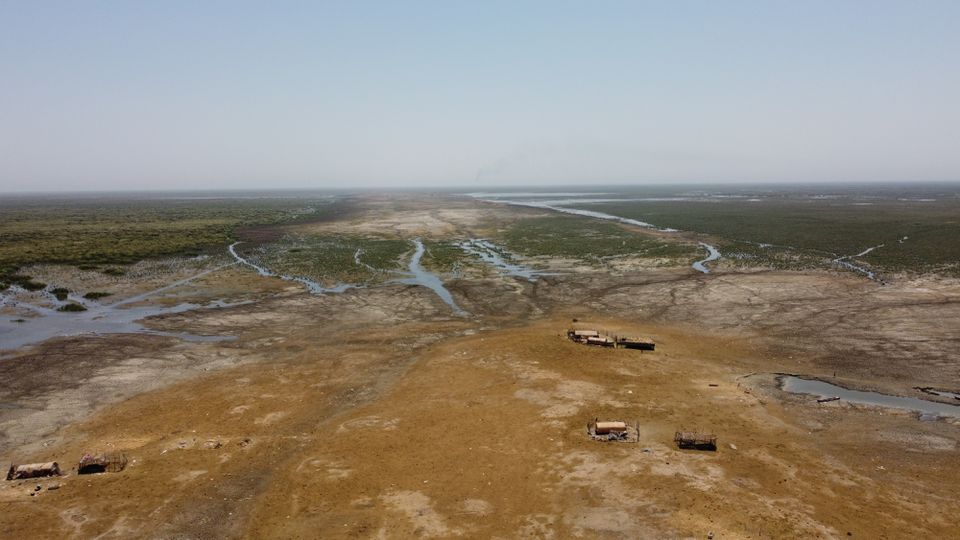 Dhiab said water levels in the marshes had partially improved since the summer, with less evaporation due to falling temperatures and that the wetlands shrink and expand naturally depending on the season.

He also said the government could not allocate more water to the marshes when there were shortages of drinking water in summer.

"Of course people in the marshes want more water, but we need to prioritise. The priority goes to drinking water, to the municipalities and to preserving the Shatt al-Arab river," he said.

Drought and pollution of the Shatt al-Arab river caused a crisis in southern Iraq in 2018, when thousands were hospitalised with water-borne diseases.

The consequences are nonetheless punishing for the Marsh Arabs. With his youngest daughter nestled in his arms and drinking buffalo milk out of her feeder, Baher watches his nephews tend to a sick buffalo.

In summer, some of Baher's relatives moved their herds altogether to deeper parts of the marshes, where salinity levels were lower, but fighting over the best spots as families were forced to share shrinking spaces.

Estimates on the marshes' current population vary widely. Once 400,000 in the 1950s, around 250,000 people returned when the marshes were reflooded.

While diminishing water supplies pushed farmers this year to move to the cities, where a lack of jobs and services have led to protests in the past, Baher, like many other young herders, hopes that he will be able to remain here.

"I felt like a stranger in the city," he said, remembering when the marshes were drained. "When the water came back to the marshes, we regained our freedom."