During the Pandemic and closed borders - we are bringing Israel tourism to you!

Jerusalem’s Old City walls, built in the early 16th century by the Turkish Sultan Suleiman the Magnificent, have eight gates. All but one (the Gate of Mercy) still serve Jerusalemites and visitors streaming to its markets, and sacred and historic sites.

Following  is a thumbnail description of the gates, counter-clockwise from south to west:

Bearing Jerusalem’s earliest biblical name in Hebrew and English, this gate’s  Arabic name is the Gate of the Prophet David, as the Tomb of King David, on adjacent Mount Zion, is only a few steps away. Zion Gate leads directly to the Armenian and Jewish quarters. 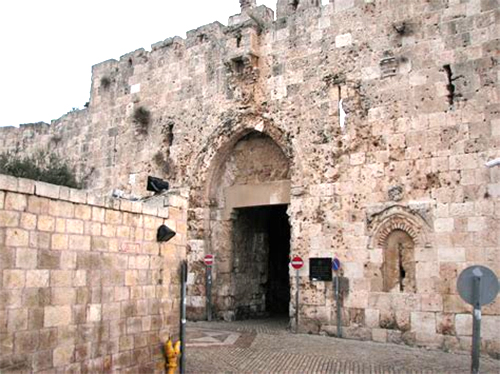 This gate’s unusual name derives from the refuse dumped here in antiquity, where the prevailing winds would carry odors away. Nehemiah 2:13 mentions a Dung Gate that was probably near this one. This gate leads directly to the Western Wall and the Southern Wall Archaeological Park. This is the gate where during Muslim rule, before building the two mosques, garbage was brought to put on the Temple Mount in order to humiliate the Jewish population. 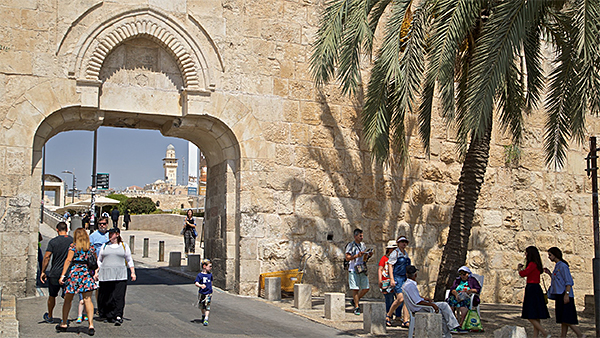 This gate, in the eastern Temple-Mount wall, may be the best-known of them all. Also called the Golden Gate or the Eastern Gate, it has been blocked for centuries, and is said to be awaiting a miraculous opening when the Messiah comes and the dead are resurrected.

This portal is named after a pair of ferocious-looking animal carvings that flank it. They are actually tigers, the heraldic symbol of the 13th-century Sultan Beybars. It is also called St. Stephen’s Gate, after the first Christian martyr, who tradition says was stoned nearby. Lion’s Gate, which leads to the Pools of Bethesda, the Via Dolorosa, and the markets, became famous during the Six Day War. 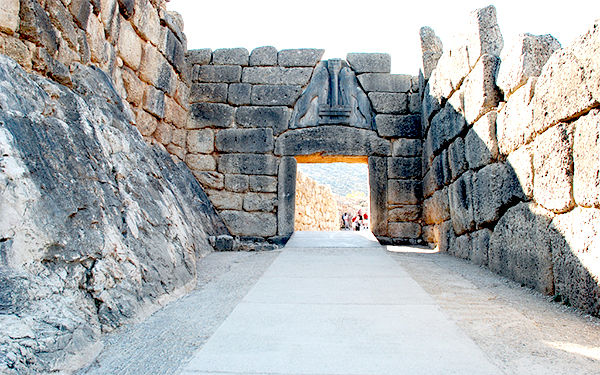 Despite its name, the notorious Judean king had nothing to do with this gate. In Arabic and Hebrew this north-facing gate, which leads to the Old City markets, is called the Flowers Gate. Some say the name derives from a rosette carved over it. However, in Arabic a similar word means “awakened,” and may refer to a nearby cemetery and the hope of resurrection. 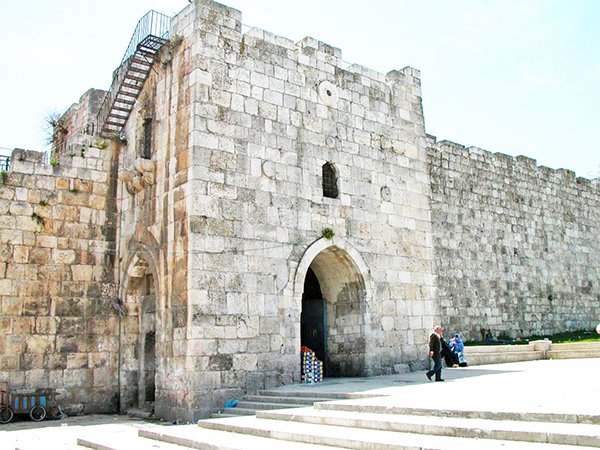 This most imposing of Jerusalem’s gateways also faces north and is named for the grand city from which Jerusalem’s rulers once came. It is always a busy thoroughfare, thanks to the bustling markets within. Below the 16th-century gate, archaeologists have uncovered part of the entryway built by Emperor Hadrian in the second century CE. 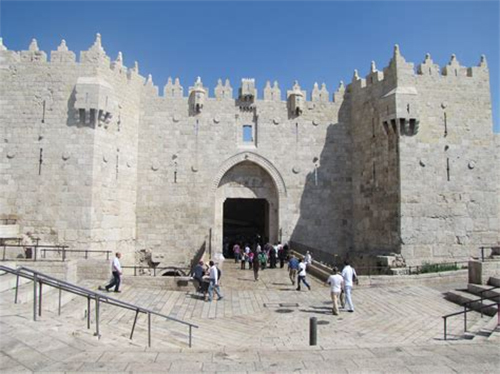 This is the only Old City entryway not part of the original design of the 16th-century walls. It was breached in the waning days of the Ottoman Empire to allow Christian pilgrims quicker access to their holy places within the ramparts. 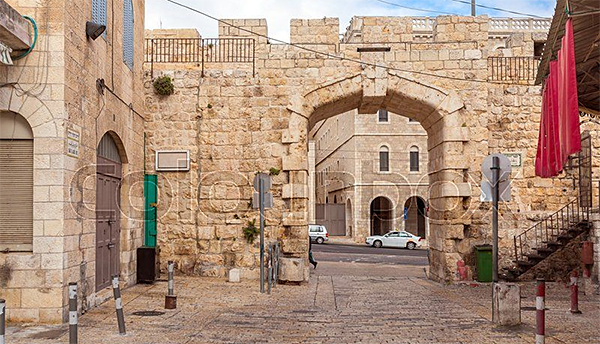 This was the destination of Jewish and Christian pilgrims disembarking at the Jaffa port, hence its name. It led (and still leads) directly to the Jewish and Christian quarters, as well as to the most popular parts of the market, and to the Tower of David Museum, once Jerusalem’s citadel and now a showcase of its history.