Archeologists discover a comfortable private toilet in an ancient and luxurious royal mansion overlooking the City of David and Temple Mount.

A rare private toilet, part of an ancient royal estate from the 7th century BCE discovered on the Armon Hanatziv promenade in Jerusalem, is to be presented to the public tomorrow. 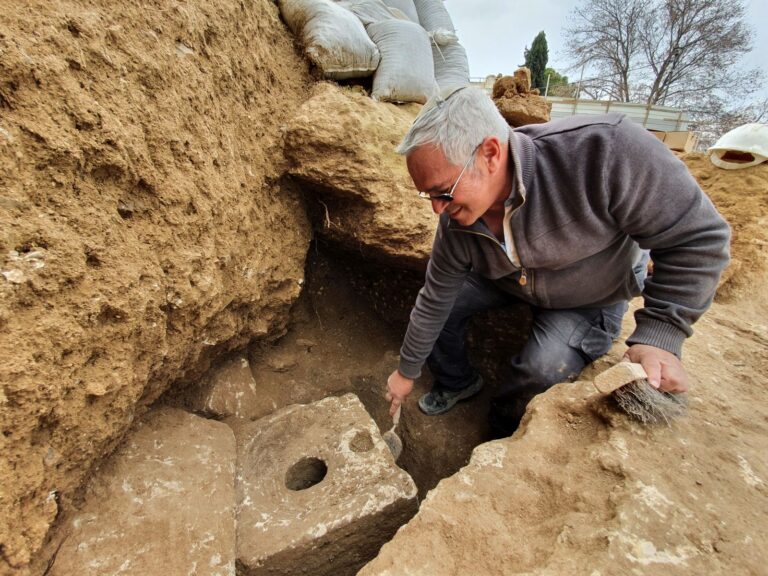 The toilet cubicle was uncovered in a dig by the Israel Antiquities Authority and the City of David, about two years ago, in the remains of a magnificent building that overlooked the City of David and the Temple Mount.

The cubicle was hewn as a rectangular-shaped cabin, with a carved toilet, which stood over a deep-hewn septic tank. Made of limestone, the toilet is designed for comfortable sitting, with a hole in the center.

“A private toilet cubicle was very rare in antiquity, and only a few were found to date, most of them in the City of David,” said Yaakov Billig, Director of the Excavation on behalf of the Israel Antiquities Authority.

“In fact, only the rich could afford toilets. A thousand years later, the Mishnah and the Talmud raised various criteria that defined a rich person, and Rabbi Yossi suggested that to be rich is “to have the toilet next to his table.”

Beneath the toilet, a septic tank was also discovered, containing a large amount of pottery from the First Temple Period and animal bones. Archeologists collected the finds and hope to learn more about the lifestyles and diet of the First Temple people, as well as ancient diseases. 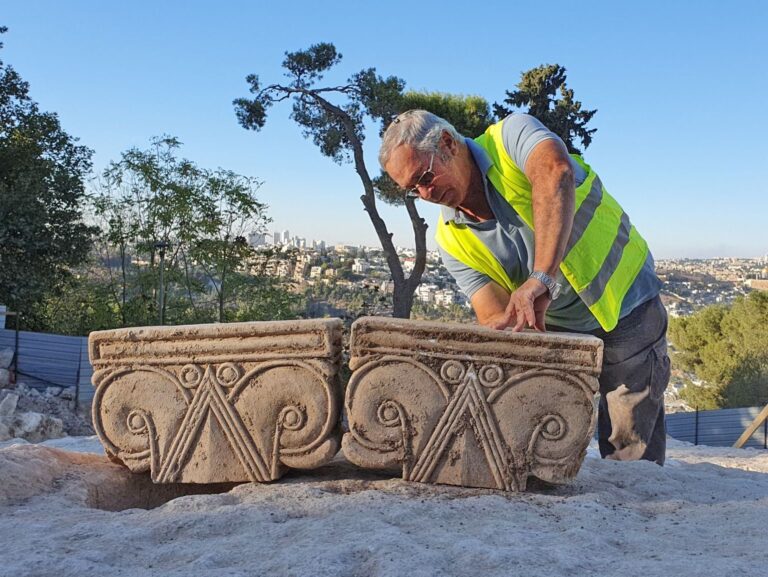 During the excavation, impressive architectural items were discovered including stone capitals designed by an artist, that are done in a style typical to the days of the First Temple, and small architectural columns that served as railings for windows.

Archaeologists also identified evidence that a garden with ornamental trees, fruit trees, and aquatic plants was planted near the toilet cubicle. All of these allow researchers to recreate a picture of an extensive and lush mansion – a magnificent palace from the days of the First Temple, that stood on the site.

“It is fascinating to see how something that is obvious to us today, such as toilets, was a luxury item during the reign of the kings of Judah,” said Eli Eskosido, Director of the Israel Antiquities Authority. “One can only imagine the breathtaking view.”

The discovery is to be presented on Wednesday at a two-day conference called “Innovations in the Archaeology of Jerusalem and its Surroundings,” in Jerusalem and on Zoom.