Deshaune Lumpkin, one of four suspects in the killing of Jace Young, was recently found guilty of murder and is facing a maximum sentence of eight years in prison. Young's family criticized the decision to try Lumpkin, who was 17 at the time of the shooting, as a juvenile and said he's not being held accountable.

Critics have argued that Boudin, who is facing a recall, has not been aggressive enough in prosecuting crime, making San Francisco less safe. The self-proclaimed progressive ran on reform promises and recently criticized liberal San Francisco Mayor London Breed's enhanced funding for law enforcement in parts of the city.

"The police are doing their due diligence to try to solve these crimes and hold people accountable for these crimes," Jason Young told Fox News. "The district attorney's office is not willing to prosecute and hold these criminals accountable."

"Because of the politics and the policies of the district attorney, there's no accountability," he continued.

Jace Young was shot and killed while playing with friends in San Francisco's Bayview neighborhood on July 4, 2020.

"Jace was outside playing with fireworks around 10:30 p.m. when a group … fired from across the street," Jason Young told Fox News.

About 12 rounds were fired before the shooters fled, according to Jason Young. A 39-year-old man was also hit, though he survived nonlife-threatening injuries.

After a two-week hearing in juvenile court, Lumpkin, who turned 18 after the shooting, was found guilty of four of the six counts against him related to the child’s Fourth of July killing, including murder and attempted murder.

California juvenile prosecution laws indicate that Lumpkin will serve no more than eight years and will be out by the time he is 25.

"Let's talk about the fact that the guilty verdict is only going to do maybe five years," Young, concerned that Lumpkin could serve an even shorter sentence or get released early, said.

"My son barely lived that long," he continued.

A spokesperson for Boudin's office stood by the decision to try Lumpkin as a juvenile and told Fox News that the district attorney pledged during his campaign that he would "never prosecute children as adults–which is supported by science, makes our communities safer by reducing recidivism, and promotes justice." 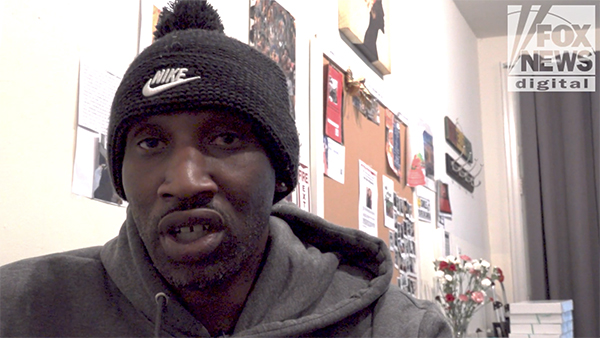 Initially, Young supported Boudin's rehabilitative approach to law enforcement and voted for him.

"I agreed with some of the policies that he was putting in place," Young said, noting that several members of his family also voted for Boudin. "After voting, I gave Jace the ‘I Voted’ sticker because he liked stickers."

Now, Young agrees that the district attorney "should get recalled."

"To be a victim of a crime in San Francisco, under this district attorney? It's a complete joke," he told Fox News.

"To be where we are today and to be dismissed the way we've been dismissed by this district attorney, it just makes me sick," Young continued.