Eytan Stibbe is set to go into space with a small coin from the second-century times of the Bar Kochba Revolt, gifted to him to bring him luck.

When the second Israeli to go into space, Eytan Stibbe, heads off to the International Space Station at the end of the year, he’ll take a small article meant to bring him luck: a 1,900-year-old Jewish coin recently unearthed in the Judean Desert.

Stibbe recently visited the Israel Antiquities Authority Dead Sea Scrolls laboratory in Jerusalem, where he was shown ancient scroll fragments from the Book of Enoch discovered together with other biblical texts in the Judean Desert caves.

At the end of his visit, IAA Director Eli Eskosido presented Stibbe with an ancient coin for guardianship while on his trip to space. The coin dates to the second Jewish revolt against the Romans, known as the Bar Kokhba Revolt, bearing the name of its leader, Shimon Bar Kochba. 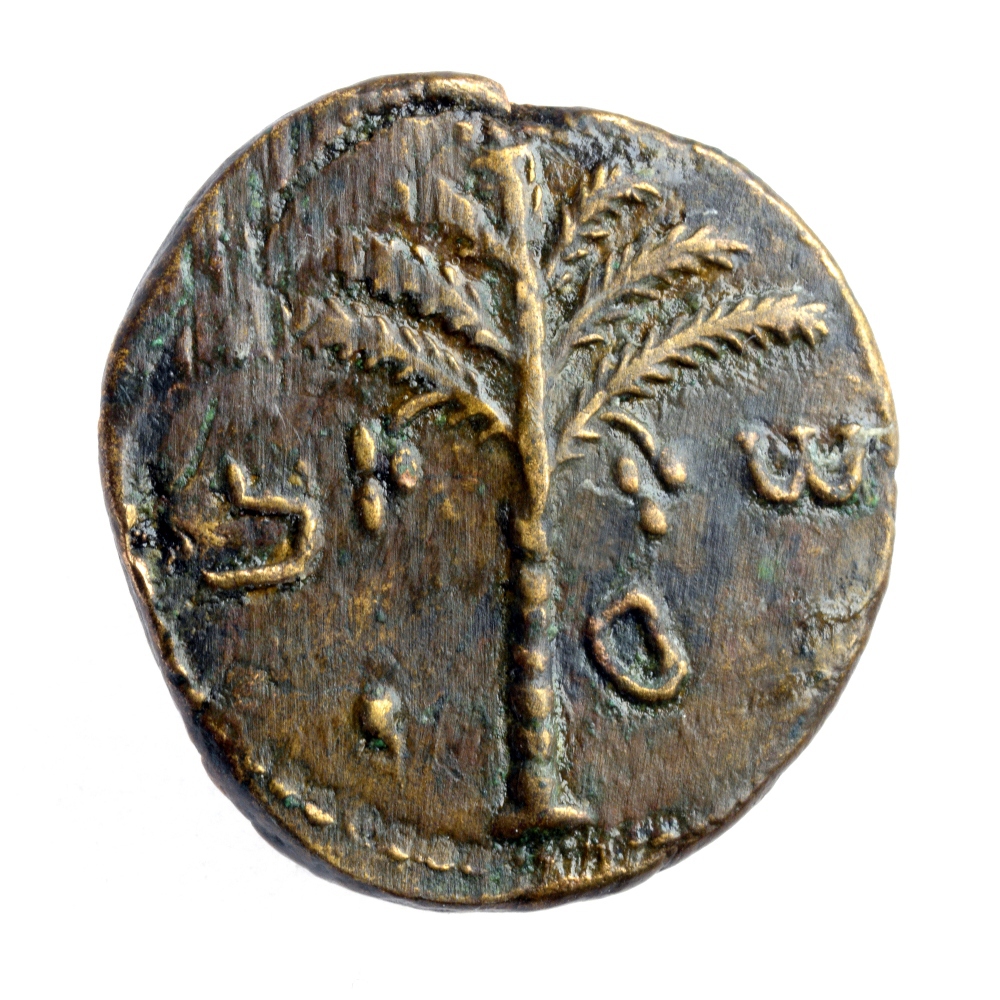 The coin was recently discovered in a cave in the Judean Desert known as the Cave of Horror alongside other coins used by rebels, fragments of ancient biblical scrolls, a 6,000-year-old skeleton of a young child, and the oldest woven basket known to mankind.

“As part of ‘Rakia’ mission to the International Space Station, I will be taking with me a bag filled with items that have a special meaning to me. It was clear to me that one of these items will be a symbol of Jewish history,” Stibbe said.

“I saw the coin, minted with the palm tree and vine leaf, that for me represent the connection to the land, the love of the country, and the desire of the population of Israel in those years for independence.”