To what extent is Lebanese independence really independent?

Two days ago, Lebanon celebrated Independence Day (and some would say "celebrated") for the 78th time.

Many in Lebanon and abroad spoke of the celebrations of independence in the shadow of the deep crisis in which Lebanon finds itself.

When I see news that Lebanon is celebrating independence, I can not help but ask myself: Has Lebanon really been independent since its founding in 1943? Or was she independent?

Lebanon gained its independence (in quotation marks or not) from France, which had ruled it since the end of World War I, after the region was "divided" between the British and French, in the Sykes-Picot Agreement, which defined the areas of control and influence of France and Britain.

Of course, it should be mentioned that before the French, since 1516, Lebanon was part of the Ottoman Empire, and I will only add that France did not really give up Lebanon of its own free will, and that even today, some consider France as Lebanon's patron.

Everywhere it is written that Lebanon gained independence in 1943, but the young Lebanese state was a playing field for the post-World War II powers, and the countries of the region also entered the Lebanese playground, and Syria armed the Shiites in the Bekaa area (sounds familiar?…) And Israel also entered the field, and armed The Christians (and again - does that sound familiar to you?) And I will mention that the Iranians were also involved and quite a few Christians fled-migrated from Lebanon (this also sounds familiar…) 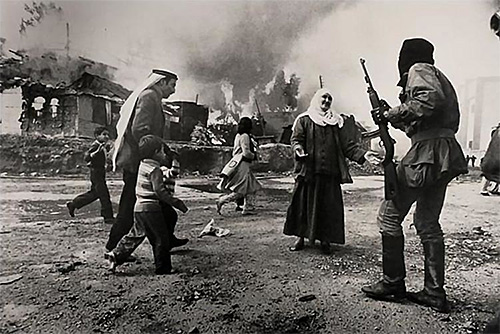 So we came to the first civil war in Lebanon in 1958 and if there is a mess in the region, then and how is it possible without American involvement? So of course the US sent many forces to Lebanon (and again I will ask - do you sound familiar?)

1970, a year in which Yasser Arafat and the PLO, the Palestinian terrorist organization he headed, were deported from Jordan with other Palestinian terrorist organizations, following the events of "Black September," and all these righteous terrorists arrived in Lebanon, joining terrorists already in Lebanon. They took control of various areas in southern Lebanon, in an area that from 1969 began to be known as "Fatahland".

This is where I will mention the Cairo Agreement of May 1969, which in a meeting of the Foreign Ministers of the Arab League, in fact forced on Lebanon despite Lebanon's opposition, "consent" to the presence of Palestinian organizations in Lebanon, who were given full freedom to act from Lebanon against Israel. Among other things, rounds of fighting broke out from time to time between the Lebanese army and the Palestinian terrorist organizations, at the end of which the terrorists also took over the refugee camps in Lebanon. 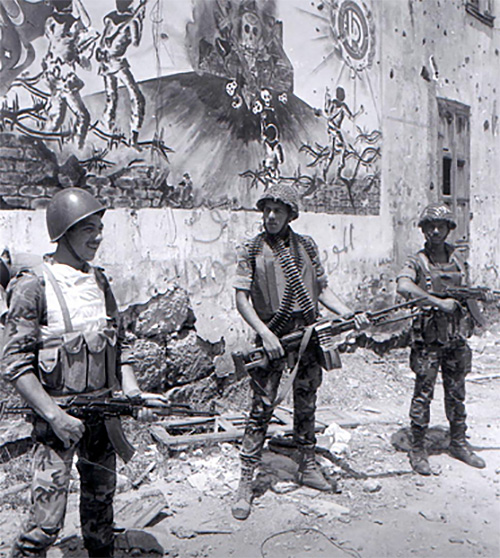 And here we come to 1975 when the civil war began, between the Lebanese and the Palestinian terrorists, or as some have said in Lebanon, between the Lebanese and the "foreigners who took over the country", and as usual in a country that was founded before the war, allies from the region, armed the Palestinians (yes, this time too it somehow sounds familiar…) and Israel armed and trained the Christians (true - again familiar) and of course Syria is also involved, and also sent an army to Lebanon.

The civil war became an all-out war, and Palestinian terrorists not only killed Lebanese, and especially Christians, including in southern Lebanon - in Fatahland, the did not forget Israel, shot rockets at Israel and carried out terror attacks, such as the bloody bus bombing on the coastal road, which led to the Israeli invasion into southern Lebanon.

The civil war and the destruction of Lebanon continued, and we have already reached Operation Peace of the Galilee in 1982, when Israel re-entered
Lebanon, reached as far as Beirut, and caused the departure of PLO terrorists and other terrorist organizations from Lebanon. 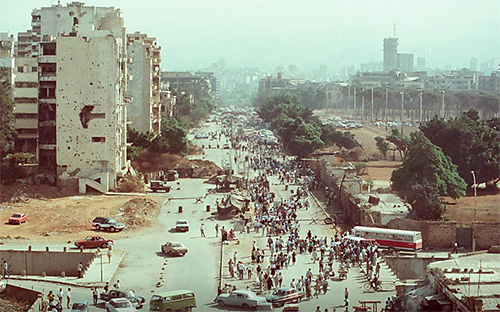 The civil war lasted until 1990, Israel withdrew to the security zone, and in May 2000 finally withdrew from Lebanon.

One of the results of the civil war, was the change in the balance of power of the various ethnic groups and factions in Lebanon.

This changed came after the Israeli invasion of Lebanon, the fall of the Shah and the Islamic revolution of Khomeini, was the establishment of Hezbollah.

Hezbollah, the terrorist organization and the crime and drug cartel, which began after the withdrawal of the IDF from Lebanon, took over southern Lebanon, and from there continued to take over other areas, and entered Lebanese politics, until it became a terrorist organization with a state, its representatives in government. She actually went to Lebanon, to an Iranian protectorate.

A word to end:

Towards the end I will mention that Lebanon, which celebrated independence two days ago, still serves as a scene of struggle between powers (USA
and Russia, and China also has something to say on its way) from regional powers, and those who want to be considered powers (Iran, Turkey, France) and of course the Middle Eastern neighborhood countries (Israel, Syria, Saudi Arabia, Qatar, UAE, Egypt, and who does not…).