The body of the former Iranian ambassador to the capital Sanaa has not yet cooled down and the Iranians are already in a hurry to appoint a replacement.

The Iranians claim that the ambassador died after contracting the coronavirus but it is estimated that he was injured in the Saudi bombing of the Houthi command centers where he was present.

Apparently, the resounding failures of the Houthi forces in the battles in Yemen and the fear of the collapse of all their fighting fronts led the Iranians to hurry up and appoint an experienced military man as the main commander of the Iranian presence in Yemen.

The "World View" Telegram account reports that Iran has appointed Brigadier General 'Abd al-Raza Shahalai, who is currently in charge of Yemen on behalf of the Quds Force, to replace Yemeni ambassador Hassan Irlo, who died last month. According to reports, the Brigadier General is not expected to hold a diplomatic title but will lead the Houthi fighting in the northern city of Marib.

The U.S. had added Shahlai to the list of sanctions and put a $15 million reward on his head after accusing him of funding terrorist groups that harmed U.S. troops in Iraq and coordinating the assassination attempt on Saudi Arabia's ambassador to Washington.

The deployment of an Iranian general, a staunch supporter of the Iranian Revolutionary Guards, promises, in the near future, much terrorist activity by the Houthi militia in Yemen not only against Saudi Arabia itself but also against the Red Sea civilian shipping lanes running parallel to the west coast of Yemen. 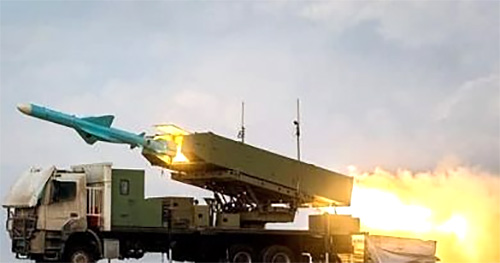 For months, the Iranians have been operating naval bases and "inferno boats" against civilian targets in the Red Sea in an attempt to pressure the Americans into the background of the nuclear talks in Vienna.

A Saudi-led Arab coalition spokesman recently claimed that his forces had managed to thwart over the past two years more than 100 remotely driven inferno boats that had gone out to attack the Red Sea but failed to complete. Coalition forces also managed to defuse hundreds of naval mines planted by the Houthis in the Red Sea waters and the Bab al-Mandab straights.

A spokesman for the Arab coalition also revealed that there are large warehouses of long-range ballistic missiles ready to be operated in the area of the Hadida port in northwestern Yemen, and that the Iranians have deployed coastal battery missiles in the same area, threatening Houthi warriors off the coast of Yemen.