Israel’s Evolution into a Force-Multiplier for the USA
Ambassador Yoram Ettinger 03:30 21.12.2021 5 months ago

In 1948, the CIA opposed the reestablishment of the Jewish State, contending that it would be a feeble entity, unable to withstand an all-out Arab war – which would yield a second Holocaust in less than ten years – fully dependent on US soldiers for its survival, jeopardize US ties with the Arab World, imperil US access to Persian Gulf oil, and probably join the Soviet Bloc. 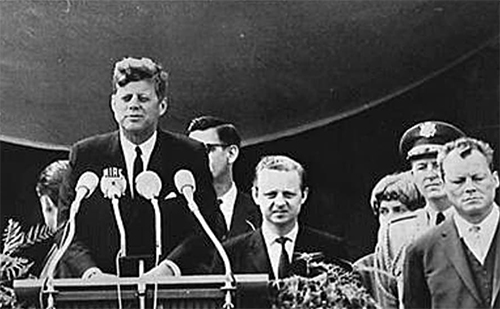 The State Department and the Pentagon, along with the New York Times and Washington Post, seconded the CIA assessment.

On the other hand, Clark Clifford, President Truman’s trusted advisor, who dedicated much time to studying the track record of Jewish sovereignty in Middle East history, impressed upon the President that an independent Jewish State would be a most effective military power, reliable, stable and inherently pro-US.

Clifford was absolutely right, while the State Department, the Pentagon, the CIA, the New York Times and the Washington Post were resoundingly wrong.

Following the impressive Israeli military performance in the 1948/49 War of Independence, General Omar Bradley, the Chairman of the Joint Chiefs-of-Staff, recommended that Israel be considered a favored strategic ally, since “the Israeli army would be the most effective force south of Turkey, which could be utilized to delaying action [in the case of a Soviet invasion]….”

Unlike NATO, South Korea and Japan, Israel has extended the strategic arm of the US with no need for US military personnel.

Thus, Israel has been transformed from a misperceived geo-strategic hinderance to a proven geo-strategic force-multiplier for the USA. 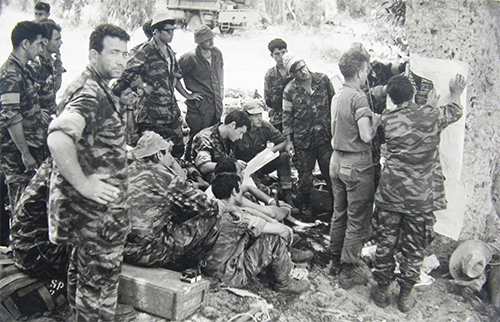 The June 1967 military victory dramatically transformed Israel from a strategic liability/burden to a strategic asset for the US.  The Israeli victory devastated the Egyptian military, at a time when the pro-Soviet Egyptian President Nasser was on his way to become the pan-Arab leader.  Nasser actively attempted to topple the highly-vulnerable regimes in Saudi Arabia and all other pro-US Arab oil-producing countries, at a time when the US was heavily dependent upon the importation of Persian Gulf oil.  Moreover, 70,000 Egyptian soldiers were involved in a civil war in Yemen, attempting to employ Yemen as a springboard to topple the House of Saud in Riyadh. The resounding Israeli victory aborted Nasser’s anti-US plan and led the way to the demise of the anti-US Nasser era. It spared the US a huge economic and national security setback, and denied the USSR a climactic geo-strategic gold mine.

25 US military experts went to Israel for three months to study the lessons of the 1967 Six Day War, including the scrutiny of advantages and disadvantages of the captured Soviet military systems, returning to the US with top heavy information, which upgraded the performance of the US armed forces and defense industries.

As a result of the benefits derived by the US, a team of 50 experts arrived in Israel for six months following the 1973 War, collecting thicker volumes of information, which benefited the US militarily and industrially, and bolstered the US defense of Europe in the face of Soviet threats. 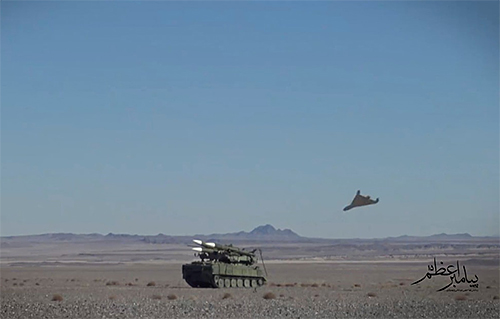 The December 1969 “Operation Rooster 53” – during the War of Attrition between Egypt and Israel – highlighted Israel’s unique intelligence and battle tactic capabilities, which have been shared with the US.  An Israeli commando unit snatched from Egypt a game-changing Soviet P-12 radar system, which was superior to similar US systems, and was stationed throughout the world. The Soviet radar was studied by Israel and transferred to the US, as was the case with additional Soviet military systems, enhancing the capabilities of the US intelligence, armed forces and defense industries.

According to the late Senator Daniel Inouye (HI-D), who was a Chairman of the Appropriations and Intelligence Committees, the value of the Soviet radar to the US defense industries and armed forces was around $3bn.

In 1966 and 1989 Israel acquired Mig-21 and Mig-23 Soviet combat planes through Iraqi and Syrian pilots, who found refuge in Israel. The planes were shared with the US, impacting the global balance of power and the US Air Force performance.

In 1970, Israel manifested its posture of deterrence, when buttressing its military presence on the Syria-Israel-Jordan border (Golan Heights) in response to a pro-Soviet Syrian invasion of the pro-US Jordan. The Israeli deployment convinced Syria to pull back its invading troops from militarily-inferior Jordan. The Israeli show of force spared the US either a loss of an Arab ally (the late King Hussein), or the need to get involved militarily in an intra-Arab war. The potential toppling of the Hashemite regime in Jordan could have triggered ripple effects into the neighboring Arabian Peninsula, threatening the existence of the pro-US Arab oil-producing regimes, handing the USSR a geo-strategic bonanza.

The lessons of the 1976 Entebbe Operation – which underscored Israel as a role model of counter-terrorism – were shared with the US intelligence and special operations forces.

The 1978/79 toppling of the Shah of Iran (“the US policeman of the Gulf”) and the 2003 rise of Erdogan to the presidency of Turkey – two countries, which were transformed from key allies of the US to key enemies/adversaries – reflected the inherently transient allegiance of Middle East regimes, unlike the uniquely reliable, effective and democratic nature of Israel.

The 1981 Israeli destruction of Iraq’s nuclear reactor – in defiance of fierce US opposition – spared the US the potential devastation of a nuclear confrontation during the 1991 Gulf War. It saved the pro-US oil-producing Arab regimes from the jaws of Saddam Hussein.

The 2007 Israeli destruction of the Syria-North Korea-Iran nuclear reactor, spared the region and the globe the potential of a nuclearized civil war in Syria

The 1982 Israeli destruction of 29 Soviet surface-to-air missile batteries operated by Syria – stationed in Lebanon’s Bekaa Valley and perceived to be impregnable – along with the downing of 82 Soviet Mig combat planes, reinforced Israel’s role as a unique force-multiplier for the US in the areas of critical intelligence, game-changing battle tactics and jamming technologies.

The 1990 disintegration of the USSR transformed the bi-polar world to a multi-polar world. While the Israeli military and technological capabilities well-served the US during the bi-polar Cold War, they have become much more significant in the emerging multi-polar world, with the proliferation of many rogue terror regimes and organizations, threatening the US and the Free World.

The 2010 eruption of tectonic violence on the Arab Street (“Arab Spring”), which is still raging, has exposed the intrinsic intra-Arab violence and the inherently unstable, unpredictable and tenuous nature of Arab regimes, contrary to the stable, reliable, effective and democratic Israel.

Israel’s 2021 posture of deterrence has constrained the military maneuverability of Iran and Russia in Syria, and has bolstered the stability of the pro-US Hashemite regime in Jordan in the face of existential threats by Palestinian, the Muslim Brotherhood and ISIS terrorism. It has buttressed the national security of the pro-US Arab regimes in the Arabian Peninsula; has served as the first line of defense of Western democracies in the face of Islamic terrorism; and has spared the US the need to deploy to the Mediterranean and the Indian Ocean additional aircraft carriers and ground divisions.

If there were an Israel-like entity in the Persian Gulf, the US could terminate its military presence in the region.

In 2021, US-Israel relations are a mutually-beneficial two-way-street. The US makes an annual investment in – rather than extending foreign aid to – Israel, which yields to the US taxpayer an annual rate-of-return of several hundred percent.