The sounds of gunfire and cries for help from the attack in the Old City still resonate in the ears of border guards and fighters stationed at one of the most sensitive points in the Middle East. "Our role is clear," said one of the fighters.

We go out to Hagai Street, the main axis in the Old City, and the street that connects the Nablus Gate to the Temple Mount and the Western Wall, a street that became an explosive hotspot in the Muslim Quarter where several severe attacks took place. "Cohen explains and says," There is continuous traffic here throughout the day, and the peak on Fridays, at noon it is a movement of Muslim worshipers to the Temple Mount and in the evening there is a movement of Jews who go to pray at the Western Wall. "Our preparation is very high and we have very great attention.

Almost everywhere we stop on the street, I can point, unfortunately, to a terrorist attack that took place there. Therefore, we are deployed here in an increasing way along the entire axis."

"We meet a female border fighter, Lital Sairs, 20, at the hospice junction, where two fighters were stabbed last month." It is not obvious that Jews walk down the street and reach the Western Wall. See the memorial corners on the street. It is a great satisfaction, the fact that a Jew can go here and perform his religious worship at the Western Wall, the Muslim who can perform his religious worship on the Temple Mount and Christians in the Church of the Holy Sepulcher is not self-evident. 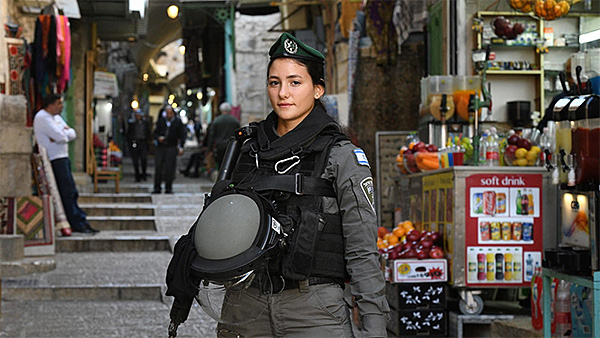 "We are here to regulate it and let it happen. You do not know where the next danger will come from, a week ago your friends were stabbed, and you always think where the next threat will come from. You are always alert that an event can erupt suddenly, from zero to a hundred."

Border fighter Iska Hadad spoke about her feelings. "I have only been here for a week, last Tuesday there was an attack and then on Sunday another attack. I wanted to serve in Jerusalem because it is our capital, the holiest place for the Jewish people, whoever comes here, shows his courage, because there are many wars here over these holy places. I came to protect the citizens and show that warriors also deal with these situations and give the 100% and that there is no difference between women and men. "

Her company member, Maya Edri, said that "at first I was shocked. Because they say it is a difficult and intense company, but slowly you realize that the work you do is significant. A lot of Jews and pedestrians pass here on Hagai Street and I am here to secure them." Edri said of the feelings in the sector, "the tension is there, you know that she is on duty and something can come up and you are very, very alert. The family is very proud that I serve in the border, but every time they see a news report on a terrorist attack in Jerusalem they call to make sure everything is fine with me." .

Sen. Cohen argues that getting to the Old City is safe but still requires vigilance on the part of visitors, "Come to Jerusalem unequivocally, and come to the Western Wall, be caustious yes, but you can be calm because there are deployed police forces, and border forces, to guard them.

And we here for that, but I expect them to be vigilant in the spirit of the time, and the spirit of the time right now is that we see a very big motivation to try and hurt, a very big incitement on social networks, we are on it, we will be deployed according to warnings and assessments, but to reach as much as possible, Jerusalem is the capital of Israel "Forever, we will always be here, we will always save and allow it." 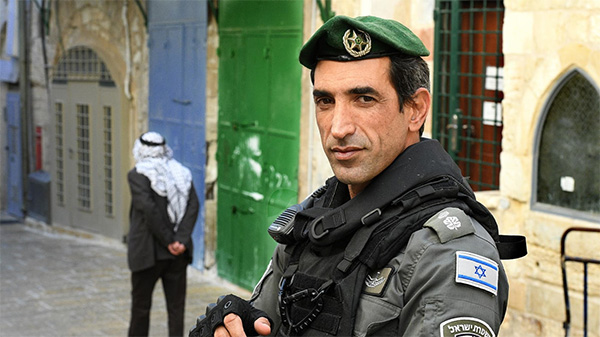